Top CEOs of large corporates are constantly striving to build a team that is aligned and out-performs their competition. They are constantly trying to innovate and build practices that help them minimize the resistance that kills their team synergy and performance.

As I prepare to facilitate a session on “Building ONE team” for a large pharmaceutical MNC, I am intrigued with the thoughts about how some teams out-perform even with little talent, while many teams struggle in spite of having great talent at their disposal? How some teams do not ever live up to their potential, while other teams are constantly delivering break through results? What makes a team stick and outperform the competition? And what is the contribution of a leader in building ONE such team?

We all want to be in a team that challenges the status quo and always emerges as a winner. A team that not just celebrates wins but that which supports when it loses. A team where collaborating and co-creating is the core belief of every team member.

The question what makes such magic happen? What does the team believe? What drives such teams?

A team is as good as its culture and when you study the outlier teams that out-perform; following are the few culture differentiators that are demonstrated.

1) Purpose Over Process:
Purpose is the why and process is the how of any action. The teams that out-performs weighs “Why” over “How”. Clearly it is the purpose, the “Why” that drives the behaviors and actions. A powerful team which is driven by a common purpose demonstrates it’s “why” in every transaction either with internal stake-holders or external. It becomes the DNA of the teams.

A common purpose helps the team to prioritize the things that matter the most to the team.

What happens when process is given preference over process? When individuals in the team weigh process over purpose, they start talking the language that is non-supportive to the common existence of the team. Personal interest takes precedence over group interest. The terms like, “my way or high-way” becomes the norm in every transaction. Most transactions become personal ego driven than group purpose driven. The focus gets skewed from group to personal benefits.

A team that weighs purpose over process is aware of what a well-defined purpose can do for them. They are aware that it can define:

· How to navigate during the turbulent time

· The primary focus of the team (what is most important)

2) Expectation Over Execution:
When expectations are mismanaged execution takes a hit. During the turbulent times many teams narrow their focused and try fixing only the execution. The team that manages the expectations well not only outperforms the competition but also works in synergy. They understand and stay focused on the primary objective of the team.

Expectations are about having a well-articulated KPI (Key Performance Indicators) & KBI (Key Behavioural Indicators). While KPI would measure the result, KBI would articulate the behaviours that will get us the results. A combination of both is the key to build the team that feels and acts as “ONE” team.

Leaders must consistently invest their energy in setting the right KBIs for the team. A disciplined effort to defining and refining the KBIs of a team sets the tone for the team synergy and its performance.

3) Learning Over Leading:
A culture of learning from mistakes builds great teams. The team that is willing to accept mistakes and learns together stays together and grows together. These teams feel belonged and act as “ONE” team.

When Individuals are allowed to fail and facilitated with the process of learning from failure, it creates stronger synergy among team members and helps them out-shine their own performance. When such learning is facilitated with little or no judgements the team feels they are in the right place and authentic bonds are built among the members.

Leading sometimes means policing what is right and what is wrong, what is acceptable and what is not, it is more limited to directing individuals. Learning on the other hand is a process of facilitating and inspiring. A team which owns and learns from their own mistakes works more cohesively than others. The bonds in such teams are deeper because no one pretends that they know it all and each one is willing to create a safer environment for learning to happen. Will this slow down the pace at which the teams must grow? No. A culture of learning always creates far exceeding results.

An organization’s ability to learn, and translate that learning into action rapidly, is the ultimate competitive advantage. ~ Jack Welch

4) Praise Over Raise:
If individuals in your team are constantly looking for money and perform in proportion to how they are compensated then you are in trouble. You do not have a team that out-performs; you have a team that performs as long as they are compensated. I am not saying that money is bad; I am saying it must not be the only factor that makes the team perform.

It is not always possible to compensate the teams with raise (money) and hence the key to motivation lies in offering praise. Leaders differentiate this factor and offer praise for the work that the team demonstrates.

Praise reinforces the positive behaviour among the members of the team. It also acts as an invisible force of motivation which is often underutilized by many leaders.

Praise is like the sunlight to the human spirit, we cannot flower and grow without it! ~ Jess Lair

What practices do you have in your team that stand-out and lets you operate as ONE team? What keeps your team to drive performance even during the turbulent times? Do share your thoughts.

5 Must Have Skills To Advance In Your Career 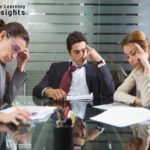 How To Resolve Conflicts At Workplace

6 Powerful Techniques To Maximize Your Productivity